Last week of Sunday July12,2015, I made a Small MozillaMeetup with 40 New Contributors  in Atwell School Thiruvannamalai, Its about 1hour Meetup.

I Just Tell them about What is FreeSoftware, Mozilla, SearchEngine like Duckduckgo, Thatsit But not in detailed Manner. I Just Taken Some Groupies with New Contributors, so this is the First Meetup know so only. So the New Contributors Asked me “Adam Please Arrange Another Meetup Because We are Really more intrested in Mozilla” So i Decided to Make an Event or Program in Thiruvannamalai. So I just formed the Firefox Student Ambassadors-Thiruvannamalai Community.

Today July19,2015. The Students Made all the Arrangement for the Event. Because Im From Villupuram,Tamilnadu. So I want to Travel to Thiruvannamalai it just takes 2hours for the Journey. In this Week of Monday itself I tell them about Agenda’s of Firefox Student Ambassadors Program. I just Give a Task or Contest for the Students, To make a Poster for the FSA Event.

Ya this is the Poster Created by Navin that I had Selected. Nice and Awesome Poster he creates this poster in 1hour. So I gone to thiruvannamalai. First of all I congrates Navin to make this Awesome Poster by Giving Him a Book Called “Introduction to GCC”

I tell the Students to Make a Projector to showing Some Slides or OpenDocument Presentations to them. But I Tell them to try to get projector its not complusion. But What can they do they try their Best. So Absence of projector in FSA Event.

“So What Adam can do Without Internet and Projector ???”

I thinked and Split the 33Students into 5Teams, Each team will have 1 or 2laptops. I Just Shared my ODP’s and PDF Files to them. So when I Explain a Concept they can  see the Contents in their Laptops Parallely.

So I Started the FSAEvent With More Energy,

1) I Begin the FSA Event with Detailed FreeSoftware Philosophy and its Freedoms in tamil. Why We going for FreeSoftware, What are benefits for using FreeSoftware etc. Here are the Slides

2) I tell them about How to Contribute in FreeSoftware and Mozilla, what are the Ways to Contact the Community of People. First we must join with the Community members or we can join in Mailing List or in IRC. How to Make a Documentation of self Learning By blogging Such Useful things, By Participating or Attending in events, Share with the Friends. here are the Slides

How to Contribute to-free-opensource-software from Mohammed Adam

3) Next I Just Suggest the Students to Use GNU/Linux, And what are the GNU/Linux Distros or Distributions are Available in Internet & its Features. I Just Showed some of the Most GNU/Linux Environment. The Slides will Explain More

Linux distro and its features by adam from Mohammed Adam

4) The Students Asked Me, how to Create a Blog. I Just Explained Blogging by Using WordPress. The Slides are,

Blogging ( How to Create a Blog) from Mohammed Adam

5) Given an Introduction about Mozilla and its products with Firefox Student Ambassadors Program Structure and its Recognition System.

6) So they are Ready to Become a Firefox Student Ambassador Today, So to Recurit a FSA they must Contributed in any one of the Pathways. I Explained about GetInvolved in mozilla and What are the Contribution Ways in Mozilla.

Get Involved in Mozilla (Contribution Ways) from Mohammed Adam

7) Lets Contribute to MLS(Mozilla Location Service). I Just Explained about How to contribute by Using Mozilla Stumbler App.

Atlast I Distributed Some Swags and Some Books  to all the New Firefox Student Ambassadors and Taken Some Groupies with Each Teams.

The New Firefox Student Ambassadors of Thiruvannamalai Community, Made my Day Awesome. Because When I splitted the Group of Peoples into Teams, I Relased it just like a Hackathon Event Happened today. Very Surprising Event Without Internet and Projector. Without any Resource We made the Event More Successful.Once Again Thanks to New FSA’s.

Total Number of Participants Attented the Event are : 33 Members 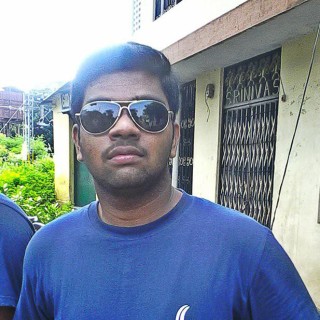